A Refresher on Comprehensive Immigration Reform 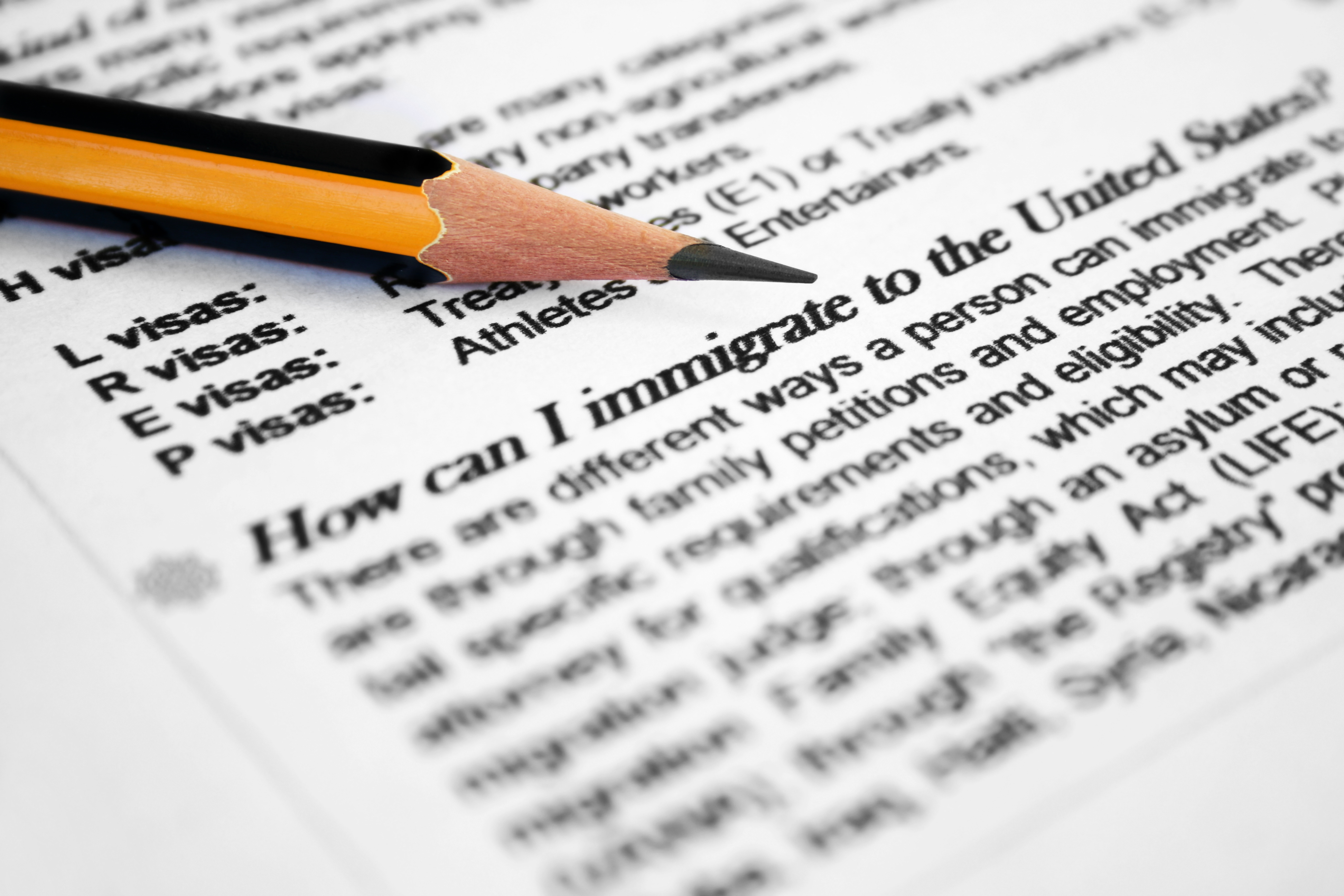 As we inch ever closer to a very important election day, I thought a refresher on Comprehensive Immigration Reform (or “CIR”) would be helpful when reading candidate statements and viewing debates. Broadly speaking there are three key areas to CIR: Secure the border, provide a path to legalization for undocumented persons, and bring the remaining aspects of our immigration system into the 21st Century.

Securing the border includes Trump’s go-to tagline of building a wall and thinking he can get Mexico to pay for it but also can include other aspects such as passenger screening at airports and verification of work authorization documentation for employees starting new jobs. A path to legalization refers to a process to allow the estimated 11 million undocumented persons in the country to obtain lawful status and work authorization and possibly apply to become U.S. citizens. The last element of CIR takes a critical look at our current immigration system to allow for such benefits as new options for qualified persons to become permanent residents. It also could reduce waiting periods for family- and employment-based immigration, which in some cases can drag on for a decade or more.

Immigration attorneys have been waiting for CIR since Senators McCain and Obama were running for president in 2007. They both were signatories on a Senate bill that year. The future seemed clear. Regardless of which candidate assumed the presidency, after the House reconciled a bill with the Senate, the President would sign it into law. After Obama became President, the economy collapsed. Then healthcare took center stage. Partisan gridlock took over, and CIR was a lost cause. Growing xenophobia worldwide and a xenophobic figure in the White House have transformed any talk of immigration reform into a third rail.

How candidates talk about immigration reveals their position. Those who speak of building walls, being against “amnesty,” and stopping (the pejoratively worded) “chain migration” of family-sponsored immigration are on the anti-immigration side. Those who speak of securing the borders through various means, providing a path to citizenship for the undocumented by paying taxes and having a job, and reducing the long waiting periods for family- and employment-based immigration are in favor of common sense immigration that helps the country continue to prosper from the benefits of immigrants.

As an immigration attorney my clear bias is toward meaningful immigration reform to allow persons who have been in the shadows for years to normalize their status and earn their way toward citizenship and to allow families and hard-working employees to obtain lawful permanent resident status in a timely manner. By listening and reading carefully, we can determine where candidates stand on immigration and make an informed decision this November.