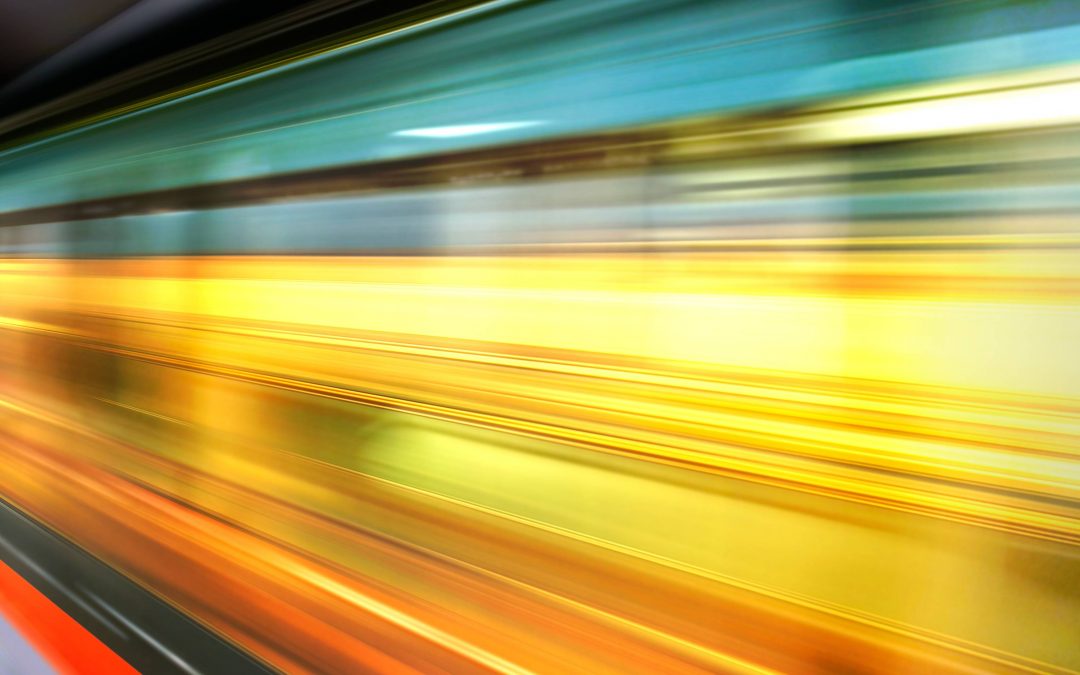 If only USCIS could work as fast as a speeding train. Anyone who ever has submitted an application to U.S. Citizenship and Immigration Services knows the frustrations of lengthy and inconsistent processing times. For the most common application, the I-765 Application for Employment Authorization, to request an Employment Authorization Document, processing times can range from two months to more than a year. There formerly was a regulation that required USCIS to adjudicate, i.e. not necessarily approve, the application within 90 days. Once the application was pending for 75 days, USCIS would accept an inquiry to request adjudication within the mandated 90-day period. Those were the good old days, if one could be generous in describing a three-month processing time for what used to be a two-page application form.

For those of us who have been in this practice a while, we remember when most adjustment applications (applying for a green card from within the U.S.) were taking two or more years. Now we see anything from six months to, well, yes, two or more years. How did we get here, what is happening, and what is USCIS doing about it? The short answer to these questions is plenty.

Processing times already were building, when the Trump administration started requiring fingerprints for dependent applications, such as H-4 and L-2 spouses and children. In many cases, when an employer submits a petition (Form I-129) to extend an employee’s status, such as H-1B or L-1, dependent family members submit their application (Form I-539) to extend their dependent status. In March 2019, USCIS required the dependents, not the worker, to pay extra fees and appear at a local office to be fingerprinted and photographed. The apparent, albeit clearly flawed, logic of the administration was that family members presented more of a security risk than the person whom the employer hired to work here. When an immigration attorney met with a Republican Representative around this time, the Congressman’s response to a question about why a six-month infant must have fingerprints taken for a criminal background check was, “You can never be too safe.” No, there’s no point in trying to explain such ignorance, other than to wonder whether this particular Congressman’s home had been burglarized by a horde of marauding babies in diapers. In any event, the fingerprinting and background checks on dependent applications pushed the processing times to more than a year. Fortunately, the requirement ended for many dependent applications May 17, 2021, but USCIS still is playing catch up on all those pending cases.

Returning to the topic of Employment Authorization Documents, or “EADs,” USCIS began in February 2022 to approve only the EAD application for concurrently filed EAD and Advance Parole applications. Advance Parole is an oddly named document that sounds criminal but merely refers to a travel permit for someone with a pending I-485 Application to Adjust Status, i.e. a pending green card application. Most I-485 applicants apply for both EADs and Advance Parole to provide for employment authorization and a travel document while awaiting approval of their green card. Until last month, USCIS routinely issued a so-called combi-card, which was valid for work and travel. USCIS simply approved both applications together and issued the single card. Now USCIS is approving only the EAD and leaving the parole application to linger for an unknown period of time. In trying to clear out the EAD backlog, the whack-a-mole game now will create a parole backlog.

Also beginning in February 2022, USCIS started transferring most employment-based I-140 petitions and I-485 applications away from the Nebraska and Texas Service Centers to the National Benefits Center in Missouri. Many of those cases have been pending one to two years. The expectation is that either the National Benefits Center will see the cases through to conclusion or will ship them out to a local Field Office for adjudication based upon the file alone or for an in-person interview.

The writing on the wall for all of this is that USCIS most certainly is building its case to raise filing fees. The last time it tried was in 2020. It didn’t go so well. A judge prevented a new fee schedule from going into effect in October of that year. A lawsuit challenged the new fees on the basis that USCIS was asking for more money from its stakeholders without offering anything in return. The new fee rule doubled many fees yet had no commitment to improved service or reduced processing times. The judge therefore blocked the rule and sent USCIS back to the drawing board. And to the drawing board went the Biden administration in ending the fingerprinting for many dependent applications, approving EAD applications, and transferring files.

Biden’s administration has been in hazmat cleanup mode since day one. USCIS workers were demoralized from the prior administration’s anti-immigration stance and overburdened from increased caseloads. Then came the pandemic, which only aggravated the situation. Improvements are showing. It just takes time…and money. Be prepared for higher filing fees soon.